Syria conflict: Obama to send special forces to fight IS 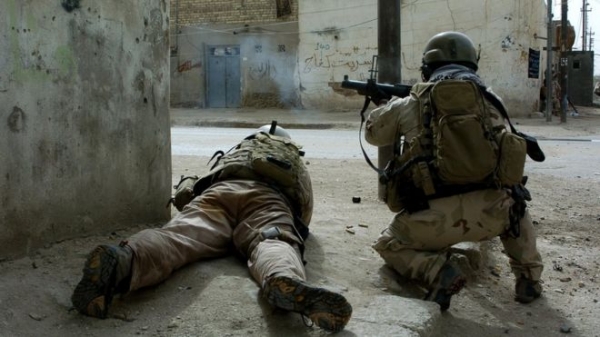 The US is sending special forces to Syria to assist anti-government rebels in fighting the so-called Islamic State (IS), officials have said. There will be "fewer

than 50" forces deployed in the region to "train, advise and assist" vetted opposition forces, said officials.
This will be the first time US troops are working openly on the ground in Syria.
But there have been US special forces raids on IS militants there.
A senior administration official told the BBC this does not signal a change in US strategy but an "intensification" of the campaign.
"Our role fundamentally and the strategy is to enable local forces but does that put US forces in harm's way? It does, no question about it," Defence Secretary Ash Carter later told reporters.
However, Russia's foreign minister warned that the move increased the risk of a "proxy war" developing in the region and urged greater co-operation between the US and Russian militaries.
"I am convinced that neither the United States nor Russia of course want any kind of slide into a so-called proxy war," said Sergei Lavrov, speaking after talks with US Secretary of State John Kerry and UN envoy for Syria Staffan de Mistura in Vienna.
For more than a year, the US and coalition forces have been carrying out air strikes against IS, which controls a large part of northern Syria and parts of neighbouring Iraq.
The US recently abandoned its Syria rebel training effort, opting to provide equipment and arms directly to rebel leaders instead.
White House spokesman Josh Earnest said President Obama wanted to provide additional support for Syrian rebel fighters who had been having success on the battlefield.
"There are now moderate opposition forces that are 45 miles (72km) outside Raqqa," he said. "The president is prepared to intensify the elements that have shown promise."
He added: "This is an intensification of a strategy he discussed a year ago."
Analysis - Jonathan Marcus, BBC defence correspondent
The numbers are small, nonetheless the US decision represents a notable shift in US policy. Their mission will be "to help co-ordinate local ground forces and coalition efforts" against IS in northern Syria. In all likelihood they may fight alongside Kurdish forces who have been the most effective of Washington's local allies.
"Co-ordination" could well mean forward air controllers; teams trained in the skills of linking up tactical air power with troops on the ground; designating targets and calling in strikes. The fact that the US now has specialised A-10 ground attack aircraft reasonably close by at the Turkish air base of Incirlik may also be significant.
This is a small step intended not least to reassure Washington's unsettled allies in the region. The drift in US policy has become even more apparent since Russia's muscular intervention from the air. But to be convincing the US may need to do a good deal more and that seems to be at variance with President Obama's basic instincts.

This week talks are being held in Vienna involving Iran, Syria's ally, for the first time.
The summit seeks to close the gap between the US and its allies, who support the rebels, and the key foreign allies of the Syrian government, Russia and Iran.
World leaders say progress has been made in the "historic" talks to resolve Syria's civil war, but they continue to differ on the fate of President Bashar al-Assad.
'Progress made' in Syria talks
Where key players stand on Assad
US: Assad must go, but does not need to happen before a political transition process gets under way
Saudi Arabia: Assad must go "within a specific timeframe" and before any elections for a new government
Turkey: Assad must go, though could remain for a "symbolic" six months
SNC (main Western- and Gulf Arab-backed anti-Assad opposition): Assad must go, cannot be part of any political process
Russia: Assad should not be forced to go, Syrians should hold elections to decide who rules them
Iran: Assad should not step down, Syrians should decide their own political future
If not Assad, then who?
US special operations forces have previously taken part in at least two raids in Syria.
In May, troops killed senior IS member Abu Sayyaf and captured his wife in eastern Syria.
And last summer, forces failed in an operation to rescue American hostages including journalist James Foley, who was later beheaded by IS fighters.
Last week, American forces assisted Kurdish troops in the rescue of dozens of hostages held by IS in Iraq. One American was killed in the raid.