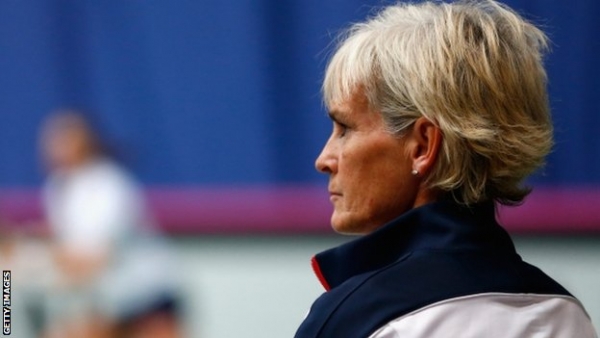 Great Britain's women eased to a comprehensive victory in their opening Fed Cup tie against Liechtenstein.
Heather Watson and Johanna Konta won their singles matches in the Europe/Africa Zone Group 1 first round.
And Anna Smith and Jocelyn Rae combined

to win the doubles and complete a 3-0 clean-sweep.
Britain, captained by Judy Murray, also face Turkey and Ukraine this week in their bid to qualify to play-off for a place in the World Group.
Konta beat Kathinka von Deichmann 6-0, 6-0 in Budapest, with Watson a 6-2, 6-3 winner over Stephanie Vogt.
Rae and Smith, making her Fed Cup debut, beat Vogt and Von Deichmann 6-1, 6-2.
"The supporters made a lot of noise and that makes a huge difference,"
"It's been a perfect start for the team, and we hope for more of the same tomorrow."
Murray expects a tougher assignment against Turkey, and she told lta.org : "It was a nice way to start the event and was a relatively stress-free day.
"It is nice to get through without having to spend too much time on court as by the time you get to the end of a week like this everyone is getting a bit tired."
Britain will play the country who top Group C on Saturday, if they win their own Group B.
The winners of that match will go through to the April play-off to contest a place in next year's 16-team World Group.
Britain's James Ward beat Croatia's Antonio Veic 6-2 6-4 in the first round of the PBZ Zagreb Indoors tournament.
The 27-year-old world number 109 next faces the fifth seed Andreas Seppi of Italy.