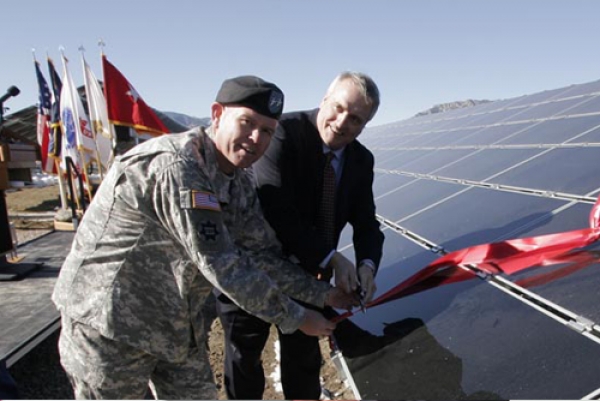 The Rikers Island complex. A review of the Correction Department’s hiring practices and recruitment found dysfunction.

A recent applicant for a job as a correction officer at New York City jails had several friends who were gang members. Another had been arrested four times and had been fired from a job as a security guard for stealing from the business he was supposedly guarding.

Another was found psychologically unfit to be a correction officer but was hired anyway. On her personnel file it was written that she was a “family friend of Norman Seabrook,” the powerful leader of the union for city correction officers.

Despite such red flags, each of these applicants became a correction officer, along with dozens of other people with questionable backgrounds, including those with gang affiliations, criminal histories and significant psychological problems, according to a report by the city’s Department of Investigation to be released on Thursday.
In a review of 153 applications of people the Correction Department recently hired, city investigators found that more than one-third had problems that either should have disqualified them or needed further scrutiny. Ten had been arrested more than once; 12 had previously been rejected by the New York Police Department, six of them for “psychological reasons”; and 79 had relatives or friends who were current or former inmates, a potential security threat, officials said.
The investigation found hiring practices to be in disarray: There was no screening for gang affiliation; most of the application process was not computerized; and employment screeners did not monitor phone calls between inmates and applicants.

Not even the deputy commissioner who oversaw hiring could explain how the evaluation system worked.

The findings underscore the profound dysfunction at Rikers Island and help explain how a culture of violence and corruption has come to flourish in the city jails.

“This is perhaps the most serious challenge facing the Department of Correction, both because we’ve got hard numbers demonstrating a lot of correction officers being hired despite obvious disqualifiers such as gang affiliation, prior arrest, relatives who are incarcerated and failing psychological exams,” said Mark Peters, the Department of Investigation commissioner. “But also because all of the other problems that we’re trying to fix can’t get fully resolved until we solve this problem first.”

The report is the latest in a series of damning revelations about the city jails. The New York Times has documented hundreds of cases involving abuse and neglect of inmates by guards and wrongdoing by senior staff members. In December, the United States attorney for the Southern District of New York, Preet Bharara, announced he would sue the city over conditions at the jails.

Over the past year, the Investigation Department has arrested or referred for discipline 23 Rikers staff members accused of excessive force, smuggling of contraband, or falsification of documents and evidence.

The report indicated that the Correction Department’s system of screening applicants lagged far behind the Police Department’s. The report also said the police had a much better trained and equipped unit of employment investigators, who receive special instruction for conducting background checks and identifying gang affiliation.
Unlike the jail agency, the Police Department has a unit that visits an applicant’s references and home.

Though officers at both departments have similar starting salaries, the report said the police did a much better job finding qualified candidates. The Police Department takes part in job fairs and outreach programs at colleges and with community groups, and maintains a website that has information about salaries, hiring and a video tour of the Police Department.

The Correction Department disbanded its recruitment unit in 2009 because of budget cuts. A contact phone number for job applicants, 877-NY1-BOLD, provided inaccurate information about hiring examinations and referred callers to a defunct website, the report said.

“The contrast in the D.O.C. and N.Y.P.D. process is striking,” the report said.
At the Correction Department, applicants are supposed to be ranked on a scale of one to five. Investigators asked several correction officials, including the deputy commissioner who oversaw hiring, Alan Vengersky, which was the top score, one or five. No one knew, Mr. Peters said.

It did not really matter, he said, since 90 percent of applicants received a three.

According to Correction Department guidelines, applicants must display “proof of good character and satisfactory background.” But one applicant was found to have had multiple arrests and previously worked at a strip club that had been the subject of criminal investigations, the report said.
Other disqualifiers for employment are a felony conviction, a conviction for a violent crime or domestic abuse and false statements on application forms. Rules also prohibit applicants from having an “unduly familiar” relationship with an inmate and require any potential conflicts of interest to be reported.

One of the applicants initially claimed she knew no one incarcerated at Rikers. In fact, investigators discovered that an inmate had called her cellphone 20 times. The report said that the deception was “completely ignored” and that she was hired.

In another case, an applicant had failed city psychological exams four times for “poor stress tolerance.” Investigators recommended rejecting her for what they called her poor adjustment “to the demands of adulthood”; she was hired anyway.

Correction officials estimated there were dozens of staff members with gang affiliations, the report said. “Gang membership is potentially the greatest threat to D.O.C.’s security because gang members generally place their gang allegiance above their C.O. duties,” the report said.

Once applicants pass the screening process, they must complete several months at the department’s training academy in Queens before being assigned posts at city jails. Most of the 153 applicants examined by the Investigation Department came from one academy class and have been on the job a year. All but five remain employed at the department. The report did not identify any of the officers by name.
Mr. Peters said the shortcomings documented were most likely departmentwide. “There is no reason to think that the problems in this class were unique, and indeed there’s considerable anecdotal evidence to suggest they are not,” he said in an interview.

All of the officers described in the report were hired before the current correction commissioner, Joseph Ponte, took over last April. “Improving staff recruitment, training and retention is a key part of my agenda of meaningful reform,” Mr. Ponte said on Wednesday. “At the end of the day, our performance is only as strong as the men and women who fill the posts that keep our facilities operating 24/7.”

More in this category: « More than one-third of recently hired Rikers Island correction officers have serious 'red flags' about whether they're fit for the joboo Crisis in France Is Seen as Sign of Chronic Ills »
Login to post comments
back to top