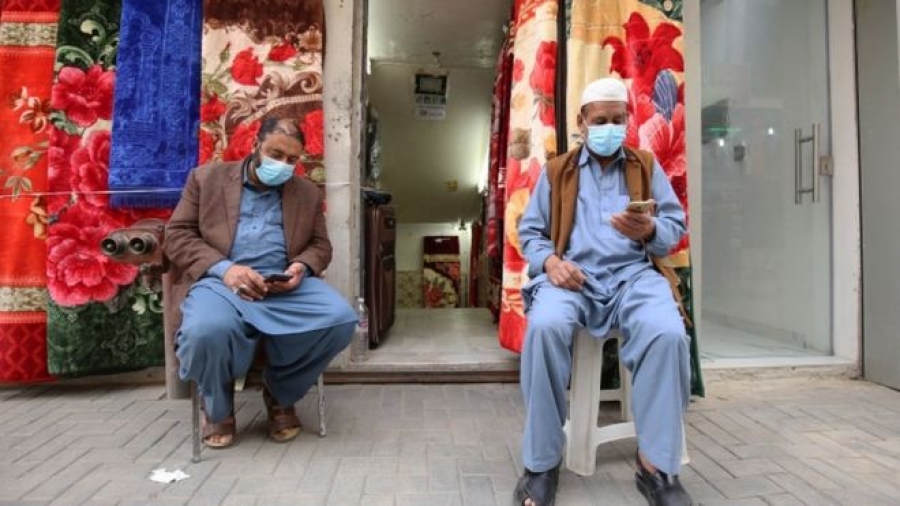 Saudi Arabia has temporarily halted the entry of pilgrims entering the country to visit holy sites, in an attempt to slow the spread of coronavirus.

The Saudi government said it would suspend visas for Muslims seeking to visit Mecca and Medina.

Millions of Muslims make the journey each year, especially during the month of Ramadan, which starts in April.

Saudi Arabia has also suspended visas for tourists from countries with confirmed cases of the virus.

It is not clear when the visa restrictions will be lifted or how Ramadan and the major Hajj pilgrimage - which begins in July - will be affected.

The announcement by Saudi Arabia comes as other Middle Eastern countries introduce sweeping measures to curb the spread of the disease in the region.

Iran in particular is considered a hotspot of coronavirus transmission, with 245 cases and 26 deaths from it confirmed on Thursday.

New cases of Covid-19, the infection caused by the coronavirus - which originated in Wuhan, China - continue to spread at a rapid pace around the world.

Latest updates
How close are we to a pandemic?
What you need to know
On Wednesday, the World Health Organization (WHO) said the virus was spreading faster outside China than inside for the first time.

More than 80,000 people in about 40 countries have been infected with the new coronavirus, which emerged in December. Most of the cases are in China.

So far, almost 2,800 people have been killed by Covid-19, the respiratory disease caused by the virus.

What affect will Saudi's visa ban have?
Saudi Arabia, which is yet to report any cases of the coronavirus, said the visa suspensions on tourists and pilgrims were temporary.

But it stopped short of giving a precise timeframe, meaning uncertainty for those who were planning to visit Islamic holy sites in the coming months.

The Umrah is an Islamic pilgrimage that can be performed at any time of year. Around eight million Muslims make the trip annually - many during the holy month of Ramadan and during the Hajj.

In other coronavirus developments in the Middle East:

Kuwait now has 43 confirmed cases of coronavirus, its health ministry says. All the cases involved people who had been to Iran
Iran has imposed domestic travel restrictions for those with confirmed or suspected cases of the virus. On Thursday, it confirmed more deaths, bringing the toll to 26
Iraq has confirmed its sixth case, a young Iraqi man in Baghdad who travelled from Iran. The government banned travel to or from some of the worst affected countries
Lebanon has confirmed a second case of the virus in an individual returning from Iran
Bahrain has suspended flights to and from Iraq and Lebanon until further notice. Seven new cases were reported on Wednesday, raising the number to 33
Qatar has ordered the evacuation of Qatari and Kuwaiti citizens from Iran

More in this category: « Syria war: Strikes on Idlib 'target schools and hospitals'
Login to post comments
back to top