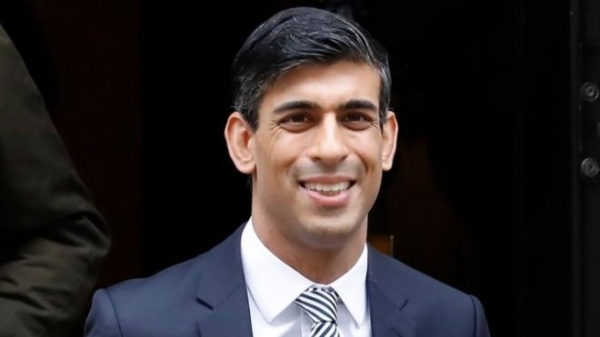 The new chancellor must raise taxes in his first Budget or break the government's rules on borrowing, a leading economic think tank has warned.

Rishi Sunak is under pressure to increase spending on the NHS, social care and schools.

He has also inherited a fiscal target from his predecessor Sajid Javid to bring spending in to balance by 2022.

The Institute for Fiscal Studies has suggested this will not be possible without increasing taxes.

It said that loosening or abandoning the rules, set out in last year's Conservative election manifesto, would undermine the credibility of any fiscal targets the government set.

However, the Conservative election manifesto said the government would not put up income tax, national insurance or VAT.

Mr Sunak, who was appointed chancellor after Mr Javid's dramatic resignation in the cabinet reshuffle, will deliver the statement on 11 March.

The Budget is the government's yearly announcement of its plans for tax and spending for the coming financial year, which starts in April.

The chancellor is understood to be facing pressure from Prime Minister Boris Johnson and his chief advisor Dominic Cummings to loosen spending constraints.

The IFS said that even on current policy, borrowing next year could be £63bn, £23bn more than the most recent official forecast, putting Mr Javid's fiscal target in doubt.

Taking into account the government's commitment to increasing investment spending, it added that even getting the current budget into balance would not be enough to bring down underlying debt over the course of the Parliament.

Loosening or abandoning the current fiscal rule now would put debt on a clearly rising path, according to the IFS analysis.

Tax increase proposals
"That would not be sustainable in the long-term," it said.

The IFS has suggested alternative ways for raising revenue, including lifting the freeze on fuel duty to give the government £4bn more in revenue throughout Parliament.

It also said abolishing entrepreneurs' relief in capital gains tax and increasing council tax for those living in more expensive properties could form part of a "desirable package" of reforms.

But such schemes could prove politically difficult. Some 18 Conservative MPs - including those from seats won last year for the first time since the war - have written to the chancellor warning him that raising fuel duty would "clobber blue collar communities".

The Harlow MP Robert Halfon told the Conservative Home website that fuel duty was a "totemic tax" for many people and levels were already among the highest in Europe.

"If the Treasury really wants to flash multiple V-signs at the millions of blue-collar voters who lent us their vote, then putting up fuel duty would be a sure way of going about it," he wrote.

IFS director Paul Johnson said Mr Sunak was "hemmed in" by a rising deficit and fiscal targets set out in the Conservative manifesto but he should "recognise that more spending must require more tax".

'Decade of decline'
He added: "They will allow him to increase investment spending, which will be welcome if well targeted. But they will not allow substantial increases in current spending, or tax cuts, to be funded by more borrowing.

"Mr Sunak should resist the temptation to announce another and instead recognise that more spending must require more tax."

Shadow chancellor John McDonnell said 10 years of "chaotic and erratic" government under the Conservatives had seen 16 fiscal targets "proposed and ripped up".

He added that the IFS report showed the "damage done by a decade of decline".

"Despite all the hype about this budget turning a page, it risks setting in train five years of disappointment."

More in this category: « Brexit: EU ministers agree UK trade talks mandate Post-Brexit talks: UK prepared to walk away in June if no progress »
Login to post comments
back to top