Plácido Domingo apologises to women who accused him of sexual harassment 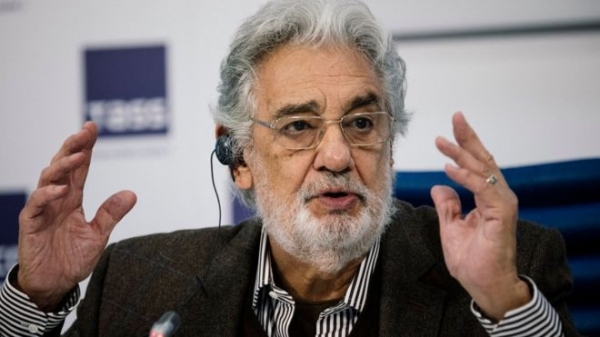 Plácido Domingo has apologised for "causing hurt" to several women who have accused him of sexual harassment.

The opera star resigned as general manager of the Los Angeles Opera after several allegations were made.

A total of 20 women have now accused Domingo of harassment and inappropriate behaviour. He denies all the claims.

"I respect that these women finally felt comfortable enough to speak out," Domingo said in a statement issued to the Los Angeles Times.

"I want them to know that I am truly sorry for the hurt that I caused them,"

He added: "I accept full responsibility for my actions, and I have grown from this experience."

His statement was issued following an investigation into Domingo by a US union which represents opera performers.

The investigation found Domingo had "engaged in ​inappropriate activity, ranging from flirtation to sexual advances, in and outside of the workplace".

The accusations, which go back as far as the 1980s, were first reported in August by the Associated Press.

It said Domingo had frequently pressured women into sexual relationships, and sometimes professionally punished those who rejected him.

In his statement, Domingo said he had "taken time over the last several months to reflect on the allegations that various colleagues of mine have made against me.

"I understand now that some women may have feared expressing themselves honestly because of a concern that their careers would be adversely affected if they did so. While that was never my intention, no-one should ever be made to feel that way."

Domingo, who is 79, is one of opera's biggest stars, commanding sell-out audiences around the world.

He has been married to his second wife, the soprano Marta Ornelas, since 1962.