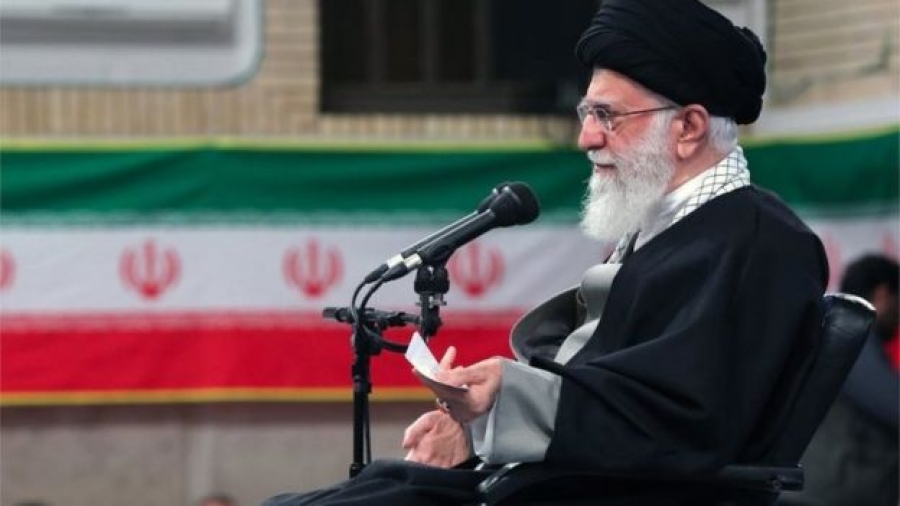 Iranians are voting in elections in an exercise widely expected to result in a more hardline parliament loyal to the country's supreme leader.

It is the first such poll since the US renewed sanctions over Iran's nuclear programme, battering its economy.

Thousands of moderate would-be candidates were barred from running for not meeting strict election criteria.

Observers say authorities will be hoping for a high voter turnout as a sign of support for the regime.

Critics of Iran's rulers have called on citizens to boycott the polls as a way of showing their opposition to what they say is widespread repression of human rights and intolerance of dissent.

The field of candidates running in the election is dominated by conservatives and hardliners, with the outcome likely to politically weaken President Hassan Rouhani, a relative moderate.

More than 7,000 candidates are vying for 290 seats in the parliament, known as the Majlis. It is part of Iran's mixed system of democratic and theocratic governance, under which the Supreme Leader Ayatollah Ali Khamenei has the final say in the most important matters.

More than 16,000 contenders - including 90 mostly reformist members of the current Majlis - were disqualified from standing by the Guardian Council, a vetting committee loyal to Mr Khamenei.

How sanctions affect Iran - in five objects
Iran nuclear crisis: In 300 words
On Thursday the US imposed sanctions on five members of Council for "preventing the Iranian people from freely choosing their leaders".

One of those blacklisted, Abasali Kadkhodai, responded mockingly. He said he felt "honoured to be sanctioned by America" - Iran's foremost foe - the Iranian national broadcaster Irib reported, according to Reuters.

The Islamic republic has been at loggerheads with the US and much of the West since a revolution in 1979 brought a radical Shia Muslim leadership to power.

Mr Khamenei said voting in the parliamentary elections was a "religious duty" which would show steadfastness in the face of US efforts to isolate and pressurise the country into changing.

Tensions between Iran and the US have soared since 2018 when President Donald Trump abandoned a multi-country agreement, which lifted sanctions in exchange for curbs on Iran's nuclear programme.

Divisions over the elections have become increasingly crystallised on social media, with Iranians expressing pro- and anti-government positions.

It is unclear how many Iranians will heed calls to vote, with many disenchanted by the state of the economy, as well as the Iranian president's failure to deliver on promises of improving civil liberties.

Recent crackdowns on anti-government protesters have also deepened opposition to the ruling classes.

Supporters of Ayatollah Khamenei have been posting under the hashtags "strong majlis" and "I take part because", with one user tweeting "each vote is a bullet in the eye of the enemy".

Anti-establishment Iranians, meanwhile, have been commenting under hashtags "I do not vote" and "no vote".

"If our opinion was really important and it could change something, they would never ask for our opinion," one critic tweeted.

More in this category: « Syria war: Turkish operation in Idlib ‘only a matter of time’ Coronavirus: Iran denies cover-up as death toll rises to 12 »
Login to post comments
back to top