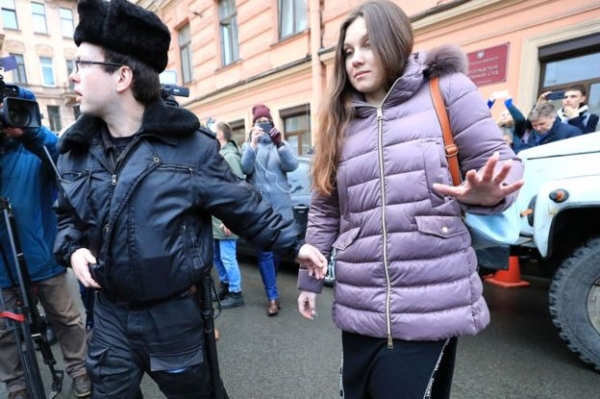 Two planes carrying hundreds of US citizens from a coronavirus-hit cruise ship in Japan have arrived in the US.

One plane landed at a US Air Force air base in California and the other in Texas. Passengers will be isolated at military facilities for 14 days.

There were about 400 Americans on board the Diamond Princess. The ship, with some 3,700 passengers and crew, has been in quarantine since 3 February.

Of those new cases, 1,933 were from Hubei province, the epicentre of the outbreak.

More than 70,500 people across China have been infected by the virus. In Hubei alone, the official number of cases stands at 58,182, with 1,692 deaths. Most new cases and deaths have been reported in Wuhan, Hubei's largest city.

In Japan, a public gathering to celebrate the birthday of new Emperor Naruhito later this week has been cancelled, due to concerns over the spread of the virus
Also in Japan, organisers of the Tokyo marathon due to take place on 1 March have cancelled the amateur part of the race, affecting some 38,000 runners, after cases of the virus were confirmed in Tokyo. Only elite runners will be allowed to take part
In China, the National People's Congress standing committee said it would meet next week to discuss a delay of this year's Congress - the Communist Party's most important annual gathering - because of the outbreak
At the weekend, an American woman tested positive for the virus in Malaysia after leaving a cruise ship docked off the coast of Cambodia
A Russian woman who was ordered to go back to a quarantine facility by a St Petersburg court has returned to hospital. Last week, Alla Ilyina escaped from the facility after testing negative three times for the virus, but was told to remain quarantined for two weeks

What will happen to the repatriated US passengers?
More than 300 passengers were being repatriated voluntarily, the US state department said. Fourteen of them were reported during transit to have tested positive for the virus and were being kept separate from the other passengers, it said.

They will all undergo a 14-day quarantine, on top of the time they have already spent confined on the ship.

"And the reason for that is that the degree of transmissibility, on that cruise ship, is essentially akin to being in a hotspot," Dr Anthony Fauci, Director of the National Institute of Allergy and Infectious Diseases told US broadcaster CBS.

Some of the Americans have declined to be evacuated, preferring to wait until the ship quarantine comes to an end on 19 February.

Passenger Matt Smith, a lawyer, said he would not want to travel on a bus to the plane with possibly infected people.

What's happening on the Diamond Princess?
The cruise ship was put in quarantine in Japan's port of Yokohama after a man who disembarked in Hong Kong was found to have the virus.

On Monday, Japanese officials said there were 99 new cases of infections on board the ship, bringing the total to 454 confirmed cases. It is the largest cluster of cases outside China.

A Russian woman who was on board and tested positive is thought to be the first Russian national to contract the virus after the two previous cases found in Russia were Chinese nationals, Reuters news agency reports.

She will be taken to a hospital for treatment, the Russian embassy in Japan said.

At least 40 US citizens who were on board are infected and will be treated in Japan, Dr Fauci said.

To assist with relief efforts, Japan's government has given away 2,000 iPhones to passengers on the ship - one for each cabin.

The smartphones were distributed so people could use an app, created by Japan's health ministry, which links users with doctors, pharmacists and mental health counsellors. Phones registered outside of Japan are unable to access the app.

Other evacuation flights have been arranged to repatriate residents of Israel, Hong Kong and Canada. On Monday, Australia announced that it would evacuate 200 of its citizens too. The UK also said it was considering organising an evacuation flight.

More in this category: « Bernie Sanders wins New Hampshire primary ahead of Pete Buttigieg Coronavirus: Largest study suggests elderly and sick are most at risk »
Login to post comments
back to top