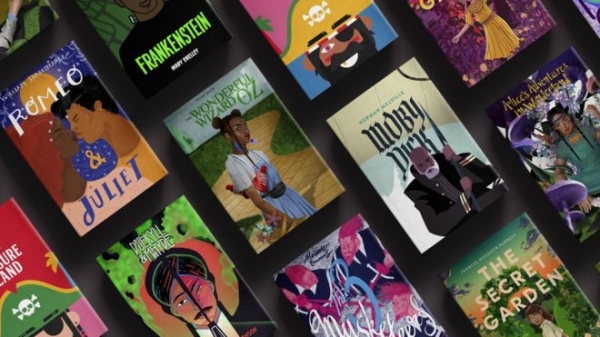 The largest bookseller in the US has pulled a new series of "culturally diverse" classic book covers after facing widespread criticism.

But the initiative to mark Black History Month received a swift backlash with authors calling it superficial.

The bookseller said it had acknowledged the criticism and suspended the series.

The Wonderful Wizard of Oz, Moby-Dick and Frankenstein were among the titles included.

On the back of the redesigned covers, the company said: "For the first time ever, all parents will be able to pick up a book and see themselves in a story."

Behind the legacy of America's blackface
But the move faced a barrage of criticism.

Many said that the company should do more to promote black authors rather than simply changing the skin colour of characters on the front cover.

Barnes and Noble, which has the largest number of book stores in the US, backed down on Wednesday.

"We acknowledge the voices who have expressed concerns about the Diverse Editions project at our Barnes & Noble Fifth Avenue store and have decided to suspend the initiative," it tweeted.