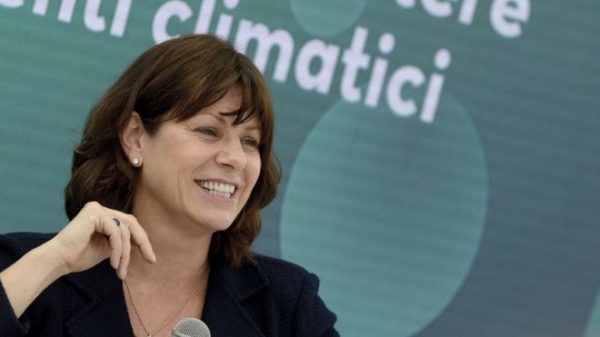 The former head of this year’s vital climate summit may sue the UK government for sacking her, the BBC has learned.

Claire O’Neill, an ex-minister, was told by Downing Street that she couldn’t chair the Glasgow meeting because she was no longer a minister.

But sources close to Ms O’Neill say they think she was fired for criticising government failings.

They say the process for the climate meeting was in in disarray.

The sources said different ministers were jockeying to lead the UN meeting, known as COP26, adding that the Prime Minister was out of touch.

The conference is supposed to corral governments into improving their offers to avoid dangerous climate change by cutting emissions faster.

This was always a mountain to climb, especially since President Donald Trump began the process of pulling the US out of the Paris climate agreement.

A government spokesperson said preparations for the conference were going well, and that the meeting would be a success.

City switched?
But I understand that some of the basics still aren’t in place. It seems the meeting might even be switched away to London from Glasgow because security costs there are much higher.

I’m told the original total cost of the conference signed off by Cabinet was £250m. It said to now be closer to £450m, with no agreed final budget.

To compound the issue, the Prime Minister infuriated the Scottish First Minister Nicola Sturgeon by reportedly telling the Conservative conference he didn’t want her "anywhere near” the meeting.

Scottish government sources insist that the venue is booked and they expect the summit to happen there as planned.

Mrs O’Neill has previously expressed the view that the conference needs an Olympics-style delivery body.

Compared with the huge French diplomatic effort that brought about a surprisingly positive deal in Paris in 2015, the UK’s preparations are lagging. The French had more than 200 diplomats working for years on the meeting.

The UK has scrambled just over 100 for the task. What’s more, the challenge has been made more difficult because when Boris Johnson was Foreign Secretary he fired many of the UK’s overseas climate change envoys.

'Unsurprising' move
One source close to Mrs O’Neill said: “Boris doesn’t really know anything about climate change. He pays lip service, but hasn't got a clue. He promised to chair a Cabinet committee on climate change – but he hasn’t even convened a meeting.”

I’m told he has only discussed climate once in Cabinet. On that occasion, Mr Johnson didn’t discuss policy, according to the source, but simply said he used to be a sceptic but isn't one anymore.

There are others close to the government, though, who are unsurprised at Mrs O’Neill’s departure.

Sources said she derided some of the UK’s most experienced climate diplomats because she thought they were moving too slowly and were tied to old and ineffective methods.

Instead, she controversially brought in the Boston Consulting Group to advise her in meetings. She is said to have been exasperated at the pace of progress over an issue she considers to be vitally important, and is reported to have upset officials with her tone.

Mrs O'Neill has previously described herself as a "crap diplomat but someone who gets things done".

Some observers who oppose the UK's climate change laws have celebrated her demise, arguing that she echoed environmental groups too closely.

But her departure leaves a big hole, with the conference set for November. I understand that Michael Gove is keen to oversee the project.

More in this category: « Climate change: UK has 'one shot' at success at Glasgow COP26 Petrol and diesel car sales ban brought forward to 2035 »
Login to post comments
back to top