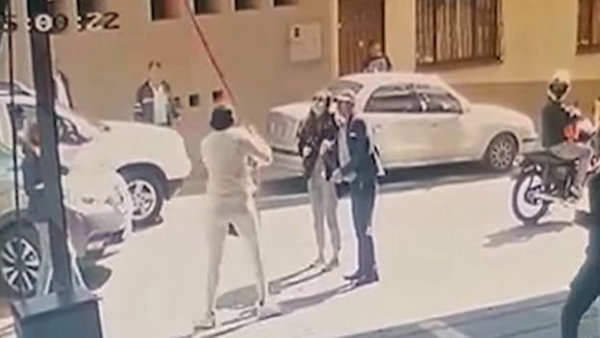 Special forces in Venezuela have captured the fugitive Colombian former senator, Aída Merlano. Merlano, who was serving a 15-year sentence for vote buying, gave prison guards the slip in October.

She slid down a rope a second-storey dental surgery where she was undergoing orthodontic treatment and an accomplice whisked her away on a motorcycle as passers-by looked on.

Her escape was a great embarrassment for the Colombian prison system.

CCTV footage of her sliding down a red rope and landing on the pavement went viral. Many Colombians questioned why she had been allowed to leave the prison and why the guards had not entered the surgery with her.

The head of the prison where Merlano had been held was fired for authorising her request to see the dentist at a private surgery.

Miguel Domínguez, who heads Venezuela's Faes special forces, announced the capture on Instagram, where he posted a photo of the fugitive senator and a Colombian national who allegedly also entered Venezuela illegally.

It is not clear if Merlano will be extradited to Colombia. Relations between the two countries have been tense for years.