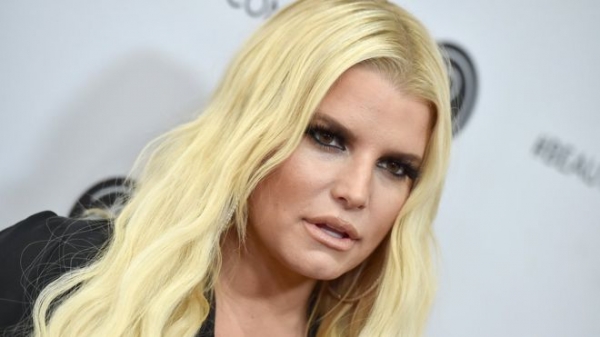 US singer Jessica Simpson has revealed how being sexually assaulted as a child led to a reliance on drugs and alcohol.

The 39-year-old had top 10 UK chart hits in the noughties with I Wanna Love You Forever, These Boots Are Made For Walkin' and With You.

In an excerpt of her new memoir Open Book, published in People magazine, she admitted to self-medicating for years to deal with the "trauma".

"I was killing myself with all the drinking and pills," she said.

Simpson quit drinking alcohol in November 2017 when she realised it was "making things worse".

"Giving up the alcohol was easy," she went on. "I was mad at that bottle. At how it allowed me to stay complacent and numb."

'Extremely uncomfortable'
The abuse she suffered began when she was six years old when she shared a bed with the daughter of a family friend.

"It would start with tickling my back and then go into things that were extremely uncomfortable," she wrote.

"I wanted to tell my parents. I was the victim but somehow I felt in the wrong."

Six years later she plucked up the courage to tell her parents during a car journey. Her mother reacted by slapping her father's arm and yelling: "I told you something was happening."

"Dad kept his eye on the road and said nothing," wrote Simpson.

"We never stayed at my parents' friends house again but we also didn't talk about what I had said".

One in five adults 'experienced abuse as children'
Simpson found fame as a teenage pop star in the late 1990s before starring in MTV reality series Newlyweds: Nick And Jessica alongside her former husband Nick Lachey.

She's now married to former American football player Eric Johnson, with whom she has three children.

The star, who used therapy to allow herself to finally "feel the traumas" she'd been through said she'd been on "a long hard deep emotional journey."

More in this category: « Ousted Grammy Awards boss Deborah Dugan makes corruption claims Billie Eilish is the big winner at the Grammys »
Login to post comments
back to top