Many at risk of flu this Christmas, experts say 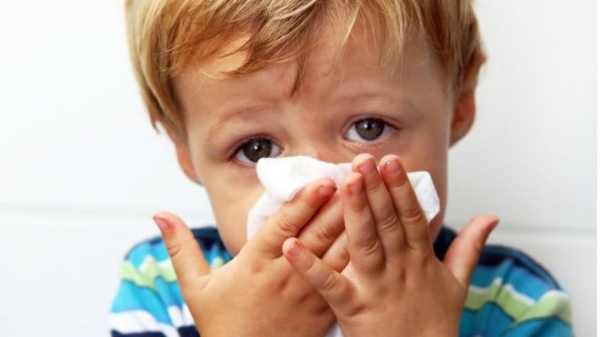 Hundreds of thousands of people could have their Christmas ruined by flu, say England's top doctors, who are predicting a rise in cases.

They say the flu season has started early this year, with lots of the virus circulating.

GP consultations for flu-like illness were up by a quarter to nearly 7,500 visits in the week ending 8 December.

Experts are urging anyone who has not yet had their flu vaccine to get immunised.

Grandparents visiting their grandchildren could be particularly at risk, they say.

Children are "super-spreaders" of flu and the over-65s are one of the "at-risk" groups that can develop health complications, such as pneumonia, if they catch it.

Free NHS flu vaccines are available for people who are:

aged 65 or over
pregnant
living with certain medical conditions
in care homes
caring for an elderly or disabled person whose welfare may be at risk if they fall ill
While more over-65s have had a free flu jab than this time last year, coverage among two- to three-year-olds is lagging behind previous seasons, following delays in delivery of the nasal flu vaccine.

The delays have now been resolved but some school programmes will not take place now until January.

Public Health England and the NHS are urging parents of at-risk children to contact their GP instead to get the vaccine this side of Christmas to help stop the virus spreading.

NHS national medical director Prof Stephen Powis said: "Our message is simple: the flu season is here, get your jab now. It might be the difference between a Christmas to remember and one to forget."

Public Health England's Prof Yvonne Doyle said: "No-one wants to see their children suffering with flu - far from a common cold, flu can have serious consequences for young children and those with underlying medical conditions.

"There's still a week before Christmas, parents of two- to three-year-olds or those with underlying medical conditions should not delay, get your children vaccinated as soon as possible."

The symptoms are similar but flu is usually more severe
Flu symptoms come on quicker, within a few hours
Flu affects more than just your nose and throat
Flu is exhausting and makes you too unwell to carry on as normal
For most people, flu lasts for just a few days and gets better after some rest at home.

To reduce the risk of spreading flu:

use tissues to trap germs when you cough or sneeze
wash your hands often with warm water and soap
bin used tissues as quickly as possible
Current evidence shows vaccinations available this year are well matched to the main strain of flu circulating.

More in this category: « Surgeons withdraw support for heart disease advice What's the best colour lighting for sleep? »
Login to post comments
back to top