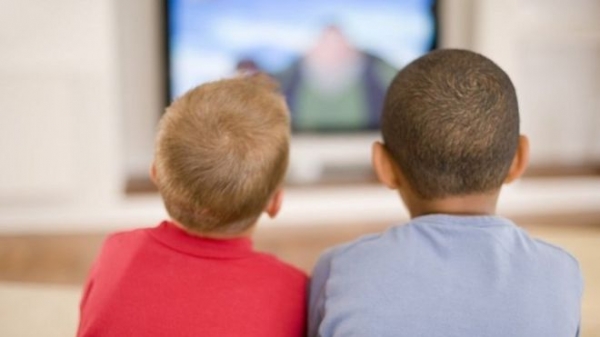 Four in five 11- to 17-year-olds around the world are not taking enough physical exercise, according to the first such analysis.

It says failing to take the recommended hour a day of exercise is a universal problem in rich and poor countries.

Boys were more active than girls in all but four of the 146 countries studied.

What exercise counts?
Pretty much anything that makes the heart beat more quickly and the lungs breathe harder.

"I don't regard it as a ridiculous target," the WHO's Dr Fiona Bull says.

"It is evidence-based to establish good health and development."

The difference between moderate and vigorous is you can still have a natter while doing moderate exercise but vigorous exercise would leave you too breathless to chat.

Why care?
The main reason is health, both now and in the future.

In the short term, being active means:

And over a lifetime being active can decrease the risk of many diseases, from heart attacks and stroke to type-2 diabetes.

Lack of exercise puts one in four adults at risk
But the researchers say there is also growing evidence being active is good for the developing brain.

Are children just lazy?
Do these findings just tell us something fundamental about children, and indeed all of us, that we'll just crash on the sofa given half a chance?

"This tells us something universal but it's not about children. It's the neglect and failure of us to prioritise physical activity - and that seems to be worldwide."

So what is going on then?"Young people in this age group are very encouraged to work hard, to study for exams," says Leanne Riley, one of the report's authors.

"Often for very long periods of the day, they're sitting in school doing homework and then they're not getting these opportunities to be more active."

The researchers also say there are issues around ensuring sport and leisure facilities are safe, accessible and affordable.

There is no single answer that explains why activity levels are so low but there are some common themes.

One is the focus on academic performance over physical fitness.

Unsafe roads mean cycling or walking to school or a friend's house is not an option.

"Those safety concerns are a big issue," Ms Riley says.

The rise of "digital play" - a world of entertainment available on a phone, tablet or computer - competing with time spend outside is also a factor.

Dr Bull says "access to entertainment is unprecedented" and on a completely different scale to previous generations.

Are any countries doing better than others?
The World Health Organization report found inactivity was a universal problem, from Afghanistan to Zimbabwe.

Bangladesh had the lowest levels of inactivity but it still had 66% of children (two in three) not taking an hour a day of exercise, according to the study.

Boys in the Philippines (93%) and girls in South Korea (97%) were the most inactive in the study.

How far behind are girls?
There are only four countries - Tonga, Samoa, Afghanistan and Zambia - where girls are more active than boys, according to the study.

Globally, 85% of girls are taking too little physical exercise, while the figure for boys is 78%, it suggests.

Countries such as the United States and Ireland have stark differences between the genders, according to the study.

Both have 64% of boys and a relatively whopping 81% of girls being inactive, it suggests.

Why the difference in girls?
Again, there is not one single reason and they vary from country to country.

The researchers also say the way participating in sport is promoted often means it appeals more to boys than to girls.

And more effort is needed to push the activities girls find more appealing.

Mrs Riley also says there are simply not the facilities.

"Very often, there aren't that separated changing rooms, so that girls can can feel comfortable participating in in sports," she says.

Are things getting better or worse?
Slightly better.

The study, published in The Lancet Child & Adolescent Health, looked at activity levels recorded between 2001 and 2016.

What do experts think?
Dr Mark Tremblay, from the Children's Hospital of Eastern Ontario Research Institute, in Canada, says: "The electronic revolution has fundamentally transformed people's movement patterns by changing where and how they live, learn, work, play, and travel, progressively isolating them indoors, most often in chairs.

Prof Russell Viner, the President of the Royal College of Paediatrics and Child Health, says the findings are "concerning".

"Children who are more active have better health and wellbeing and generally do better in school," he says.

"We should be making it easier for children and young people to have active and healthy lives - this is easier said than done."