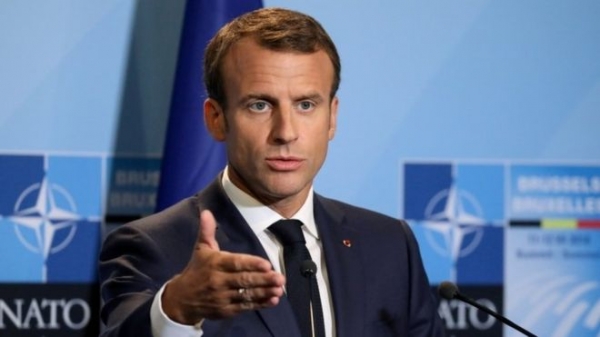 President Emmanuel Macron of France has described Nato as "brain" dead, stressing what he

sees as waning commitment to the transatlantic alliance by its main guarantor, the US.

Interviewed by the Economist, he cited the US failure to consult Nato before pulling forces out of northern Syria.

He also appeared to cast doubt on whether Nato members were still committed to collective defence.

Nato celebrates 70 years since its founding at a London summit next month.

"What we are currently experiencing is the brain death of Nato," Mr Macron told the London-based newspaper.

He warned European members that they could no longer rely on the US to defend the alliance, established at the start of the Cold War to bolster Western European and US security.

Does the US contribute too much to Nato?
What is Nato?
Article Five of Nato's founding charter stipulates that an attack on one member will produce a collective response from the alliance.

But Mr Macron appeared unsure whether it was still valid when asked. "I don't know," he said.

More in this category: « Spanish anger as five men acquitted of gang-raping teenager Hong Kong Polytechnic University: Protesters still inside as standoff continues »
Login to post comments
back to top