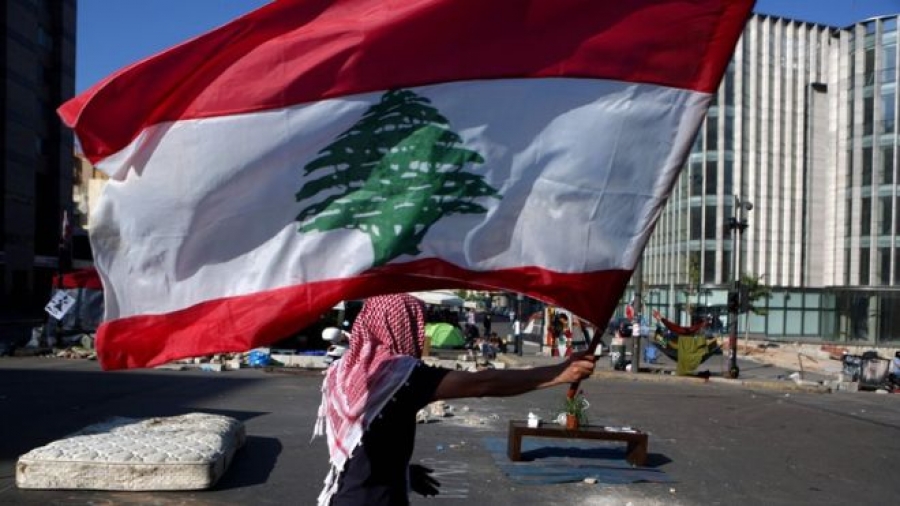 Lebanon's president has asked the cabinet to continue in a caretaker capacity, a day after PM Saad Hariri resigned in response to mass protests.

On Tuesday, Mr Hariri said he had reached a "dead end" and that a "shock" was needed to resolve the crisis.

The country has been paralysed for almost two weeks by protests demanding an end to corruption, an effective government, and economic reforms.

Blocked main roads were re-opened on Wednesday at the army's request.

A statement from the Army Command said people had a right to protest peacefully, but "in public squares only", and urged them to help get life back to normal.

Soldiers had to intervene on Tuesday after supporters of two Shia Muslim movements, Hezbollah and Amal, attacked a protest camp in the centre of Beirut.

In a televised address that came after the violence, Mr Hariri said he had submitted his resignation after trying for 13 days to "find a way out, to listen to the people's voice and to protect the country from economic, security and social dangers".

"Today, I will not hide it from you, I have reached a dead end. It is time for us to have a big shock to face the crisis," he added.

There were cheers among the crowds of protesters in Beirut as the prime minister spoke. But his resignation did not meet their demands, which are for a transformation of the political system away from corrupt and sectarian interests.

"We will not be taking any new government with the same old names, or names that have the same affiliation of those who are already in power now," activist Nay al-Rahi told the BBC on Wednesday.

"There are plenty of people who are not only experts, but who are also independent politically in Lebanon, and who are fit and competent to be in this government."

The outgoing national unity government included representatives of most of Lebanon's political parties, which are normally divided on sectarian lines.

UN Secretary General António Guterres urged Lebanon's political leaders to seek a "solution that will preserve the stability of the country and respond to the aspirations of the Lebanese people".

Under the constitution, President Michel Aoun will hold talks with the heads of the various blocs in parliament and ask for their choice of prime minister, a post that is reserved for a Sunni Muslim under the complex sectarian power-sharing system that ended the 1975-1990 civil war.

A senior official was cited by Reuters news agency as saying Mr Hariri was ready to try to form a new government if he was allowed to appoint technocrats and quickly implement the reforms needed to resolve Lebanon's economic crisis.

Last week, Mr Hariri unveiled a package of reforms that he had hoped would assuage some of the protesters' anger. He promised to slash politicians' pay, invest in power plants and also tax banks to help reduce public debt.

Lebanon's debt is equivalent to more than 150% of gross domestic product (GDP), its economy has stagnated, and its currency recently lost value against the US dollar for the first time in two decades.

The country's public infrastructure, which was already stretched before more than one million refugees arrived from neighbouring Syria, is also ailing. Electricity and water supplies are disrupted frequently and rubbish often piles up on the streets.

In a separate development on Wednesday, Iran's supreme leader accused the US, Israel and Saudi Arabia of stoking unrest in Lebanon and Iraq, where people have also protested against corruption, unemployment and poor public services.

Ayatollah Ali Khamenei said that the biggest damage enemies of a country could do was to deprive them of security.

Protesters in both Lebanon and Iraq have complained that Iran-backed elements - among them supporters of Hezbollah - have tried to break up their demonstrations.