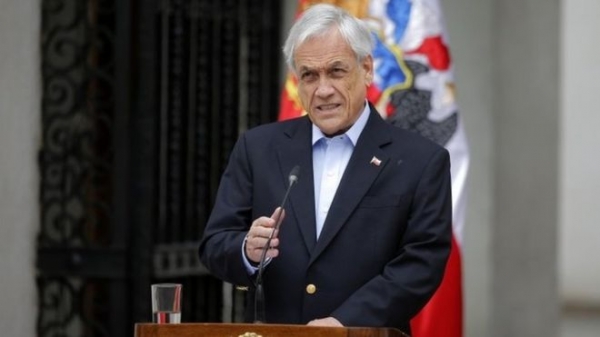 He said that the decision had "caused him a lot of pain" but that his government needed "to prioritise re-establishing public order".

The conference, known as COP25, was scheduled for December.

Chile also pulled out of hosting next month's Apec summit, which was expected to draw the US and Chinese presidents.

Fearlessness and anger drive Chile protesters
What's driving Chile's protests?
Why protesters are on the streets worldwide
At least 20 people have been killed since the mass protests began. They have shown little sign of abating despite Mr Piñera announcing measures to ease Chileans' discontent with high levels of inequality and other grievances.

More in this category: « US extends deadline for Salvadoreans to leave Brazil wildfires: Blaze advances across Pantanal wetlands »
Login to post comments
back to top