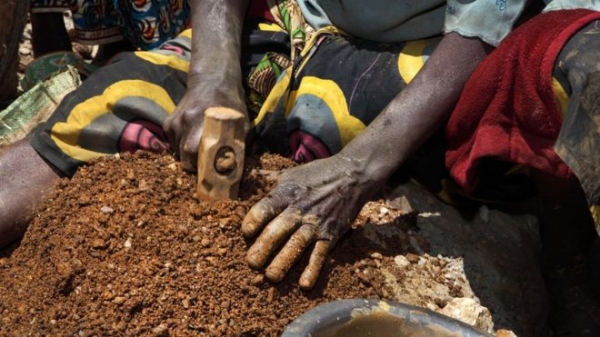 At least 14 people have been killed in a collapse at an illegal gold mine in the Democratic Republic of Congo, an official says.

The accident occurred at a mine in the town of Kampene on Wednesday.

Mr Mbikayi said in a tweet that the death toll from Wednesday's accident was provisional.

DR Congo: Cursed by its natural wealth
The precious metal sparking a new gold rush
DR Congo: What you need to know
Civil society campaigner Justin Kyanga Asumani said the accident happened at about 14:00 local time (13:00 GMT) at the illegal mine in the province of Maniema.

He said "dozens of people, including children and pregnant women" were working on the site when the mine collapsed.

In June dozens of miners were killed when a copper and cobalt mine in DR Congo's Lualaba province collapsed.

Reserves of cobalt and other minerals like diamonds, copper and gold, should make DR Congo one of the richest countries in Africa, but its people are among the poorest.

More in this category: « Somalia: Jihadists 'attack US Baledogle training base' US in Somalia: Is it still a safe haven for al-Shabab? »
Login to post comments
back to top