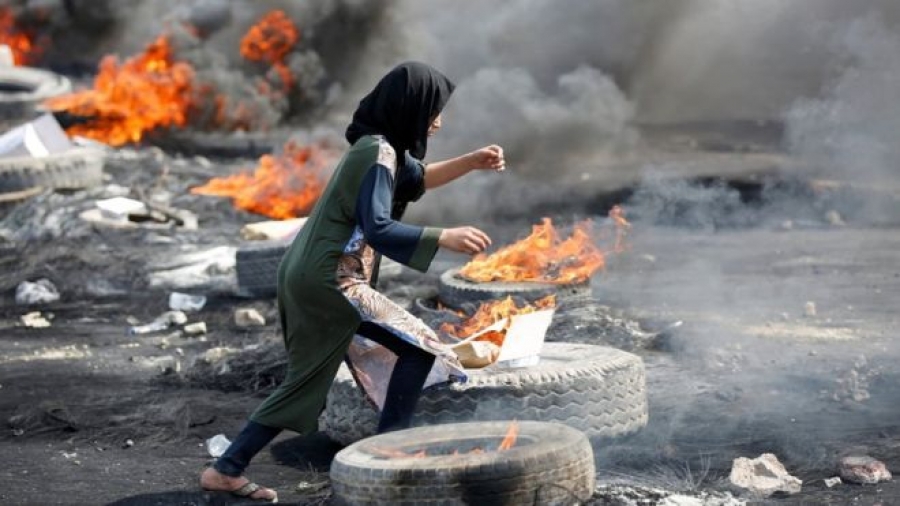 Security forces in the Iraqi capital, Baghdad, have fired live rounds at protesters defying a curfew. The prime minister says the open-ended curfew

- which has been in place since dawn - is needed to maintain order and protect protesters from "infiltrators".

At least 18 people have been killed since Tuesday in clashes with security forces in Baghdad and other cities.

Thousands have been taking to the streets to show their anger at the lack of jobs, poor services and corruption.

The protests, which appear to lack any organised leadership, are the largest since Adel Abdul Mahdi became prime minister a year ago.

The United Nations and the United States have expressed concern at the violence and urged the Iraqi authorities to exercise restraint.

What is the latest?
After two days of protests in Baghdad, the government imposed an indefinite curfew that started at 05:00 (02:00 GMT) and applied to everyone but people travelling to and from the capital's airport, ambulances, and religious pilgrims.

Security forces blocked major roads and bridges. Access to the internet was also limited, making it harder to organise protests on social media.

But several dozen protesters still managed to reach Tahrir Square - the focus of the recent unrest - on Thursday morning before being dispersed by police firing tear gas and shots in the air.

"Despite the curfew we are going out to protest, to demand our rights. We want to change the regime," one protester told Reuters news agency.

"They have arrested our people. They have done things to our people they did not even do to Daesh [the jihadist group Islamic State]. They have beaten them up and humiliated them while firing live gunfire," he added. "What did we do? Are we suicide bombers?"

The US-led coalition fighting the jihadist group Islamic State in Iraq said none of its facilities were hit and that Iraqi security forces were investigating the blasts.

Police and medical sources told Reuters that 11 people were killed overnight during protests in two cities south-west of Baghdad.

Seven protesters and a policeman died in Nasiriya, in Dhi Qar province, and four people died in Amara, in Maysan province, the sources said.

Separately, masked gunmen shot dead a well-known activist and his wife in the southern city of Basra. It was not clear who was behind the attack.

What has the government said?
On Tuesday evening, Prime Minister Abdul Mahdi expressed regret for the violence and promised an investigation "to learn the reasons" behind the protests.

"It saddens me and breaks our hearts the injuries among the protesters, our sons, and the security forces and the destruction and looting of public and private properties," he wrote on Facebook.

He added: "We stress to the people of our nation that our priorities were and will remain focused on providing radical realistic solutions to many of the decades-long accumulated problems."

What triggered the unrest?
The protests appear to be the result of a spontaneous upwelling of frustration at Iraq's high youth unemployment rate, its dire public services and chronic corruption.

Simona Foltyn, a journalist based in Baghdad, told the BBC's World Update programme: "All of the demonstrators I have spoken to so far have said that these protests are a grassroots movement, comprised of a variety of people - men, women, graduates, the unemployed, the elderly - who are all airing grievances that have accumulated over the past years."

"They have all denied the involvement of any political party. They are, in fact, extremely disenfranchised and disappointed with the political establishment here."

She added: "All of the people who are protesting seem to be united in one thing: they want a better life. They want services, they want jobs, and they want living standards to go up."