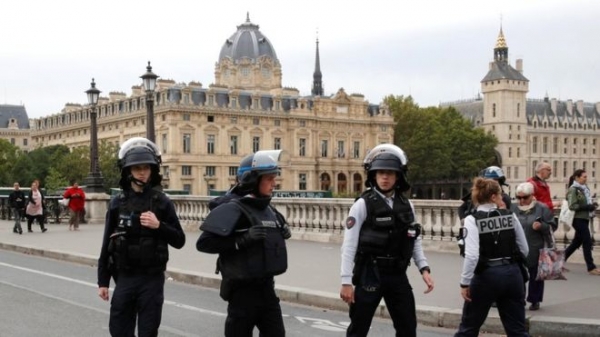 The attacker, who has not been named but is said to be a member of staff, was later shot dead by police.

There has been no official statement so far. The area in the île de la Cité - in the centre of Paris - has been sealed off.

The attack comes a day after police went on strike across France over increasing violence towards officers.

French Prime Minister Edouard Philippe and Interior Minister Christophe Castaner are both at the scene.

Paris mayor Anne Hidalgo confirmed on Twitter that "several people" had been killed in the attack, which took place near major tourist sites including the Notre-Dame cathedral.

Another person was also reportedly wounded.

According to police union officials, the attacker worked in an administrative capacity inside the police headquarters.