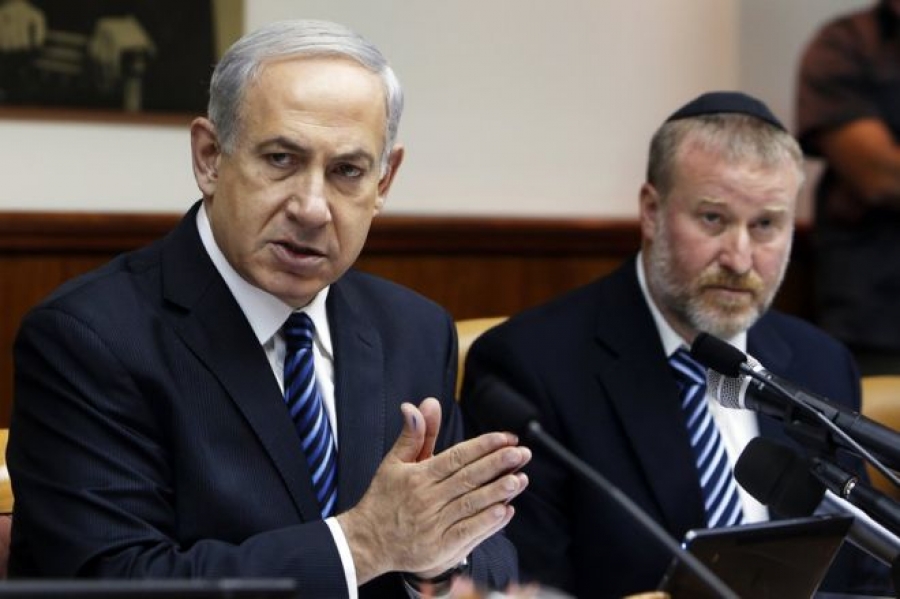 Israeli Prime Minister Benjamin Netanyahu is facing a series of final hearings before a decision is made on whether to charge him with corruption.

His lawyers will try to persuade the attorney-general not to proceed with indictments for bribery, fraud and breach of trust in three cases.

Mr Netanyahu is alleged to have accepted gifts from wealthy businessmen and dispensed favours to try to get more positive press coverage.

He has denied any wrongdoing.

The attorney general is expected to reach a final decision by the end of December.

Israeli elections: What do the results reveal?
Israel's Benjamin Netanyahu: Commando turned PM
Netanyahu: What are the allegations?
The hearing comes just over two weeks after Israel's second general election in a year ended in deadlock.

Mr Netanyahu has been tasked by the president with forming a governing coalition, but talks between his right-wing Likud party and the centrist Blue and White alliance of his rival Benny Gantz have stalled.

What will happen during the hearings?
A 12-strong legal team will mount a formal defence of Mr Netanyahu against the allegations of corruption that have plagued his most recent years in office.

The hearings, scheduled to last four days and end on Monday, will take place at the justice ministry in Jerusalem in front of Attorney-General Avichai Mandelblit.

The prime minister himself will not be present for the hearings, but he has categorically denied any wrongdoing and said he is the victim of a "witch-hunt" by his left-wing opponents and the media.

"Today, we will present all the evidence that everyone knows and some new evidence," Amit Hadad, one of Mr Netanyahu's lawyers, told reporters outside the justice ministry. "We believe that all three cases will be dropped after the hearings."

What are the possible charges?
In February, the attorney-general said he intended to indict Mr Netanyahu in connection with three cases - 1,000, 2,000 and 4,000 - pending a final hearing:

Case 1,000: Mr Mandelblit is considering whether to charge the prime minister with fraud and breach of trust in this case. Mr Netanyahu is alleged to have received various high-value benefits, including pink champagne and cigars, in return for favours for a wealthy friend. Mr Netanyahu has said they were tokens of friendship and that he did not act inappropriately in exchange for them.
Case 2,000: Mr Netanyahu faces possible charges of fraud and breach of trust in this case. He is alleged to have agreed a deal with the publisher of a major newspaper to promote legislation to weaken a rival daily in return for favourable coverage. The publisher faces a possible charge of bribery and also denies any wrongdoing. Both men have said they did not intend to promote the matters discussed in their meetings, and the legislation was not passed.
Case 4,000: This is believed to be the most serious case because it could see Mr Netanyahu charged with bribery, as well as fraud and breach of trust. It is alleged that Mr Netanyahu promoted regulatory decisions that favoured a leading telecommunications company in return for favourable news coverage from one of its websites, as part of an agreement with the company's controlling shareholder. The prime minister has insisted experts supported the regulatory decisions and that he received nothing in return. The shareholder, who faces a possible bribery charge, also denies wrongdoing.
What happens if Mr Netanyahu is indicted?
Mr Netanyahu is presumed innocent unless proven otherwise, and there is currently no legal barrier to stop him staying in office as prime minister if the attorney-general makes a final decision to charge him in any of the three cases.

However, correspondents say many will question the prime minister's ability to handle affairs of state if he is simultaneously defending himself in court.

Mr Gantz has vowed not to serve in a government under a prime minister facing criminal charges.