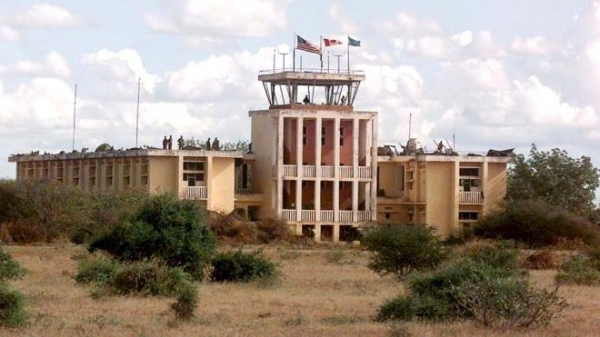 Jihadists have attacked a military base where US soldiers train commandos in Somalia, causing casualties, reports say.

The al-Shabab militant group said it had carried out the attack, using a car bomb to blast through the gates before sending its fighters inside.

Military officials say the jihadists have been pushed back.

Al-Shabab said in a statement that it had launched the raid and that it was ongoing.

"After breaching the perimeters of the heavily fortified base, the mujahideen [holy warriors] stormed the military complex, engaging the crusaders in an intense firefight."

How the US has stepped up its war in Somalia
Who are Somalia's al-Shabab?
Target Somalia: The new scramble for Africa?
The base, about 100km (60 miles) west of the capital Mogadishu, is said to house US special forces, Somali special forces and Ugandan peacekeepers.

Separately, an Italian military convoy was hit by an explosion in Mogadishu itself, Italy's defence ministry said. No casualties have as yet been reported in this attack.

The US has sharply increased its air strikes against al-Shabab, which is linked to al-Qaeda, since President Donald Trump took power.

Officials in Somalia say the group has increased its attacks in Mogadishu as retaliation for the air strikes.

The US state department says al-Shabab retains control over large parts of the country and has the ability to carry out high-profile attacks using suicide bombers, explosive devices, mortars and small arms.

More in this category: « South Africa apologises to Nigeria over xenophobic attacks DR Congo: Illegal mine suffers deadly collapse in Kampene »
Login to post comments
back to top