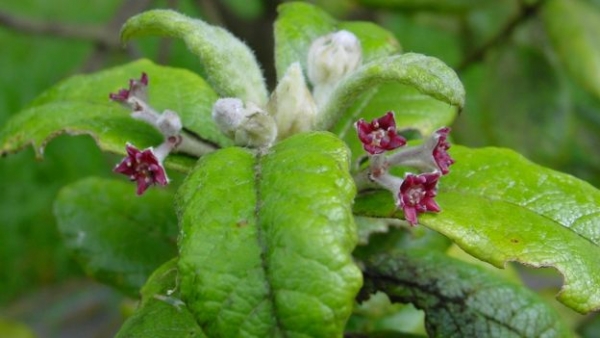 Almost 600 plant species have been lost from the wild in the last 250 years, according to a comprehensive study.

The number is based on actual extinctions rather than estimates, and is twice that of all bird, mammal and amphibian extinctions combined.

Scientists say plant extinction is occurring up to 500 times faster than what would be expected naturally.

In May, a UN report estimated that one million animal and plant species were threatened with extinction.

Humans 'threaten 1m species with extinction'
Nature's emergency in five graphics
What does a biodiversity emergency mean for humans.
Researchers say their analysis of all documented plant extinctions in the world shows what lessons can be learned to stop future extinctions.

Most people can name a mammal or bird that has become extinct in recent centuries, but few could name an extinct plant, said Dr Aelys Humphreys of Stockholm University.

"This study is the first time we have an overview of what plants have already become extinct, where they have disappeared from and how quickly this is happening," she added.

The lost plants include the Chile sandalwood, which was exploited for essential oils, the banded trinity plant, which spent much of its life underground, and the pink-flowered St Helena olive tree.

The biggest losses are on islands and in the tropics, which are home to highly valued timber trees and tend to be particularly rich in plant diversity.

What did the study find?
Scientists at the Royal Botanic Gardens, Kew, and Stockholm University found that 571 plant species had disappeared in the last two and a half centuries, a number that is more than twice the number of birds, mammals and amphibians recorded as extinct (a combined total of 217 species).

This data suggests plant extinction is happening as much as 500 times faster than what would be expected normally, if humans weren't around.

The researchers believe even these numbers underestimate the true levels of ongoing plant extinction.

One positive, though, was evidence that some plants once thought extinct have been rediscovered, such as the Chilean crocus.

Why does plant extinction matter?
All life on Earth depends on plants, which provide the oxygen we breathe and the food we eat.

Plant extinctions can lead to a whole cascade of extinctions in other organisms that rely on them, for instance insects that use plants for food and for laying their eggs.