Scientists: Why we should appreciate wasps 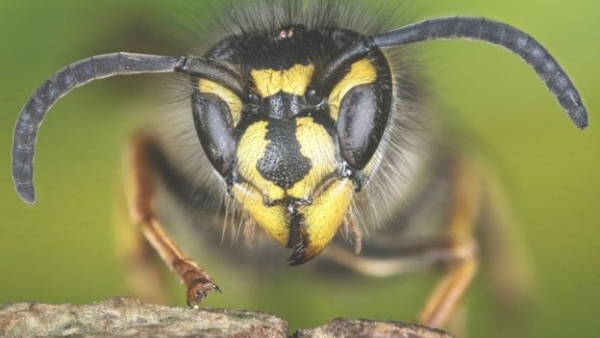 Scientists have put together a map of the UK's wasp population, showing the distribution of key species.

Data recorded by volunteers gives an insight into where wasps are living in the nation's grasslands, woodlands and towns.

The researchers say wasps are a much maligned insect, which deserve more attention.

Rather than being "bothersome and pointless", they are in fact beneficial insects, keeping other pests in check.

Dr Seirian Sumner of University College London said wasps are nature's pest controllers and a world without wasps would mean that we would have to use a lot more pesticides to control the other insects that we dislike and find annoying.

"They're the maligned insect of the insect world - they're viewed as the gangsters, " she told the BBC. "Whereas actually we should be viewing them as a beneficial insect - they're doing us a favour, and we're just completely overlooking that favour."

Dr Sumner and Prof Adam Hart of the University of Gloucestershire came up with the idea of the "Big Wasp Survey", to draw attention to wasps and their role in the natural world.

A total of 2,000 people took part in the two-week citizen science project in late summer 2017, sending in more than 6,000 wasp samples for identification.

The findings were used to draw up a map showing the distribution of common wasps and hornets, and how they vary across the UK.

The German wasp (Vespula germanica) and the common yellowjacket wasp (Vespula vulgaris) were the most common species (both representing 44%). The European hornet (Vespa crabro) made up 6%, while two rarer species were also found.

UK wasps
The UK has hundreds of different types of wasp
Social wasps such as the hornets and yellow-jackets live in colonies similar to those of honey bees and ants
Yellow-jackets (Vespula vulgaris) are the size of honey bees, with black and bright yellow markings. They build nests in the ground, logs or building walls or attics. Their stings are painful, but the wasps are usually not aggressive except when disturbed at the nest.
German wasps (Vespula germanica) are very similar in appearance to the yellow-jacket, though very slightly bigger.
Hornets build large nests of a paper-like material made from chewed wood mixed with saliva. They can sting when the nest is disturbed or threatened.