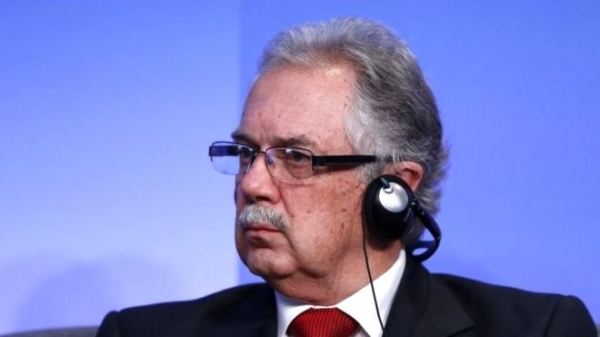 Uruguay's defence minister, his deputy and the army chief have been sacked for allegedly covering up human rights abuses committed during military rule.

President Tabaré Vázquez dismissed the three for failing to pass on information about the disappearance of a left-wing rebel in 1973.

A military tribunal meeting held behind closed doors heard that the body of the rebel had been thrown into a river.

But the man who admitted to disposing of the body was not prosecuted.

The move came just two days after Uruguayan newspaper El Observador revealed details of the testimony given to a military tribunal last year by José Gavazzo, a key player in the repression carried out against dissidents during Uruguay's military rule from 1973 to 1985.

Gavazzo, who is serving a prison sentence for torture, murders and disappearances carried out during his time with the Office for the Co-ordination of Anti-Subversive Operations, said he had thrown the body of left-wing rebel Roberto Gomensoro into the Río Negro.

Mr Gomensoro, a 24-year-old member of the left-wing Tupamaro guerrilla group, disappeared in March 1973 after being arrested by the military.

An estimated 7,000 political prisoners were held and many were tortured during the years of military rule.

A body was found just days after Mr Gomensoro's disappearance. It had been washed up beside a lake, tied with wire and weighed down with stones, but it was not identified as that of the left-wing activist until 2002.

Documents obtained by El Observador show that Gavazzo told the military tribunal last year that he was the one who had dumped Mr Gomensoro's body in the river.

"I carried it to the vehicle, I drove the car... I unloaded [the body], put it in a boat and threw if off the boat, I did it alone." he told the tribunal, according to the documents obtained by El Observador.

The tribunal, which reviews allegations of torture and extrajudicial killings committed under military rule, was made up of high-ranking members of the army, including the two generals who were dismissed on Monday as well as army chief Gen González.

However, in contravention of the tribunal's own rules, information about Gavazzo's confession was not passed on to the judiciary and details of what he said were not made public.

President Vázquez has not commented on the scandal, but local media said he had "felt betrayed" when he read about Gavazzo's confession in El Observador.

Almost 200 victims of military rule are still missing and the search for them continues. Relatives of the disappeared said they backed President Vázquez's decision to sack the military top brass over the Gavazzo scandal.