Giant pandas can tell a mate from their calls 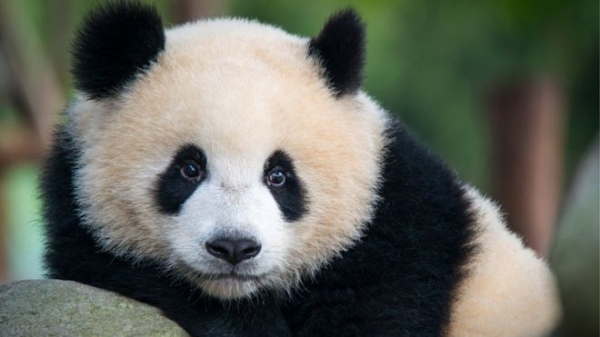 Scientists have investigated the calls of giant pandas - and it's not good news for animals seeking a date.

Pandas can identify each other from their sheep-like bleats at a distance of up to 20 metres, research found.

But they can only decipher the sex of a potential mate if they are less than 10 metres away.

In contrast, animals living on the open savannah, such as African elephants, can communicate over distances of 1km.

Researchers recorded the bleats of giant pandas, then investigated how far the sounds travelled in dense bamboo thickets.

They found that in the typical bamboo forest habitat, the iconic animals can recognise each other's sex and identity, but only over short distances.

"Our findings indicate that most acoustic communication does indeed take place over very short distances (10-20 m) once mates have been located," said Benjamin Charlton of San Diego Zoo's Institute for Conservation Research.

Mating game
The findings, published in the journal, Scientific Reports, could help shed new light on the breeding habits of giant pandas.

The work could also help conservationists estimate population levels by recording vocal activity made during the breeding season.

Mating and breeding can be tricky affairs for the giant panda. The iconic animals live a mainly solitary life, and encounters are rare outside the brief mating season.

Scent can give away information such as size, sex, identity and hormonal state. But pandas also have a vocal repertoire that is particularly important during the breeding season.

The giant panda is listed as vulnerable to extinction, with less than 2,000 individuals thought to remain in the wild. Artificial insemination is used in captivity, where the animals are often reluctant to breed.

More in this category: « Solar Orbiter: Spacecraft to leave UK bound for the Sun Nasa 'fixes' Hubble malfunction »
Login to post comments
back to top